How Dry I Am 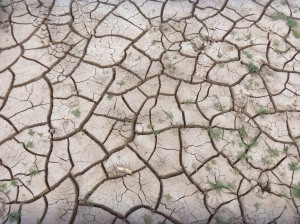 It is easy to think that we are going to dry up and blow away. I try to bite my tongue. I complain too much. And what do I have to complain about? What’s a little hot weather when I can pull the blinds and cool off in the shelter of my well-insulated house. If I want water, I turn on the tap.

It is not like I’m not a local rancher dependent on rain.

It’s not like I live on the Horn of Africa where in addition to the drought I have to fear starvation and regional warfare. I promise to shut up!

Raise the Pitchforks - Light the Torches

We have more to worry about than a dry spell. The Tea Party has the Republican party under thumbscrews, and the Republicans just grin and bear it. That is a worry. The Tea Party’s world is small. They live on an island surrounded by ocean-going, man-eating blood-suckers. Who are these primitive people who want to “take our country back”? To the left, the sign reads: “spread my work ethic, not my wealth.”

Rt 91 between Leadville and Copper Mt.

I am always amazed how Conservatives always think that lazy lay-abouts suck the working world dry. I’ve worked for a number of social service agencies, and I will be the first to agree that some people take advantage of what Conservatives would call “federal largess.” Yes, some people abuse welfare, but many would like to work. And let’s not forget the working-poor who may be working two jobs and still living at or below the poverty line.

For me, the bottom line is the children. Whether the parents are deserving of federal programs or not, their children should not suffer deprivation. The picture above could be clearer: I was hesitant to get out of the car to take the picture. The signage suggested that I would be shot. The words read: “I work for a living that’s why I’m a Republican.”

Is the need to un-seat President Obama in 2012 so strong that reasonable, clear-thinking Republicans cannot divorce themselves from the Tea Party? What is it with the Republican hold-out in the House of Representatives? Their refusal to consider raising taxes is short-sighted. It is like they are crusaders… they are Onward Christian Soldiers marching as to war… with the cross of Jesus marching on before. They are Christian Jihadists – single-mindedly following the cross with no consideration for collateral damage. “To hell,” they think, “with those who think differently than I.”

According to a Pew Poll cited by NPR yesterday (26 July), 57 percent of Americans believe that we must save the country from default by cutting spending and raising taxes. If so many voters believe that raising taxes on the wealthiest will buffer the cuts, why aren’t the Republicans listening? They can do the right thing and still get re-elected.

Blind adherence to a principle by obstructionists does not impress anyone. The Republicans better show some backbone or the thinking members of their party will abandon ship and vote as Independents.

Perhaps a good rain would clear the air. We could either have the real thing, or we could stand in the mist of snow-melt irrigation water. Either way, the air would clear and we could take a deep breath.

2 Responses to How Dry I Am