Friday, January 6, The Feast of the Epiphany, has come and gone, but its essence has lingered on. In terms of the ecclesiastical calendar, Epiphany celebrates the light of the star that led the Three Kings to the Christ Child. Isaiah broadens the starlight concept to include Jesus himself as the light: “Jerusalem, your light has come; in the midst of darkness and thick clouds covering the earth, the glory of the Lord shines upon you.”

Or… we can experience an epiphany when we unexpectedly “see the light” wherein we make a sudden intuitive leap and come to a deeper understanding – best described as an AhHa moment.

Here in the States, the Republican candidates for the 2012 General Election are on the campaign trail. This past weekend I watched one debate Saturday night and a second debate on Sunday. Not that I will be voting Republican, but it is nice to take the measure of President Obama’s possible competition. Who is the strongest candidate? Who is the candidate most likely to win the primaries?  If I were to vote for a Republican candidate, whom would I vote for and why?

One of my epiphanies applies directly to elections. I was a high school student in an American History class, and we were asked to raise our hands if we thought that Abraham Lincoln  was above reproach. We all raised out hands.

The teacher then went on to read Lincoln’s electioneering speeches. We were shocked. The speeches that Lincoln gave in the North were vastly different from the speeches that he gave in the South. As Lincoln went from state to state, his stump speeches reflected the political realities of the locale. He wanted to be elected president and clearly believed that the “end justifies the means.”

As unhappy as I am with the weasel-wording and out-right lies of today’s politicians, the epiphany I experienced in my high school history class, prepared me for timeless pandering and politicking so prevalent today. What is a person to believe?

My favorite truth-finding site is http://www.politifact.com/truth-o-meter/statements/. If you are not familiar with the site, I recommend your checking it out. Sponsored by the Pulitzer Award Winning Tampa Bay Times (formerly the St. Petersburg Times), PolitiFact evaluates the truth of statements that make the news. 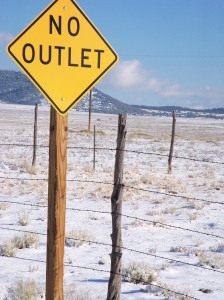 Check out PolitiFact. It casts a bright light.

I have lived 100 lives. I write essays, short stories, poetry, grocery lists and notes to myself. If I am ever lost, look for a paper trail, but be careful not to trip over any books that lie scattered here and there. I am a reader. I am a reader in awe of writers. When I don't live in Westcliffe, Colorado, I live in London where I am a long-time member of Word-for-Word - Crouch End.
View all posts by timeout2 →
This entry was posted in Uncategorized and tagged Abraham Lincoln, Epiphany, PolitiFact, Tampa Bay Times, the end justifies the means, truth-o-meter, writers' prompt. Bookmark the permalink.