Leaning Over the Cliff

Hundreds of feet below the cliff, waves crash and spume high against unforgiving rocks. Curlews circle and caw. If I were to throw myself off the cliff, would the birds take my eyeballs?Suicide is not for me.

And yet, apparently some members of Congress who are sticking to their pledge to not raise taxes, find suicide attractive. It is hard to figure. Are they so hide-bound… such men of principle, that they do not look at the polls? Are they not listening to their constituents? Given the recent polls measuring Congressional job approval, those opposed to crafting a compromise budget are, at the very least, flirting with suicide. 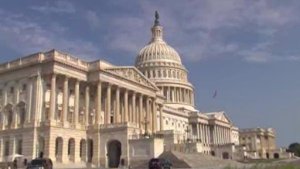 My thought is that unless Congress comes up with a budget before Tuesday that balances tax increases with cuts in spending, voters will push the entrenched holdouts off the cliff. As they plummet to their deaths, they can smile with satisfaction: they held true to their pledge. How self-serving is that? I always thought that our elected officials were to serve us, not themselves.

Today is Sunday. Time is running out before half-a-trillion dollars in tax increases and across-the-board spending cuts automatically kick in.

Friday, President Obama chided Congress: Ordinary folks do their jobs. They meet deadlines. They sit down and discuss things and then things happen; if there are disagreements, they sort through the disagreements. The notion that our elected leadership can’t do the same thing is mind-boggling to them.

NPR Weekend Edition was particularly good Saturday, 29 December. A number of features on the fiscal cliff was followed by a segue that featured George Jones singing “Feudin And Fightin.” It was absolutely perfect.

The song made me think of the Hatfields and the McCoys. It made me think of the 1881 shoot-out at The OK Corral in Tombstone, Arizona Territory. The men were a mere six feet apart. 30 shots were fired in 30 seconds. Yes, the good guys were taking out the bad guys, but tribalism (or to put it in contemporary terms, partisanship) also played a part. Wyatt Earp, his brothers and Doc Holliday were Northerners and Republicans. The outlaws were Southerners, Confederate sympathizers and largely Democrats.

And there you have it. We are all tribal. Compromise does not come easily. I guess we should celebrate the fact that guns are not allowed in the halls of Congress.

On a more philosophical level, we should celebrate that we have a system of checks and balances that prevents any one party from dictating terms. Compromise, hard as it is, is the only way to go.

Convergence is difficult. Someone always wants to walk his own path.

Reading Writers’ Almanac this morning, I warmed to “New Year Resolve,” a poem by May Sarton. In the fourth stanza, she concluded: For it is now or not / As old age silts the stream, / To shove away the clutter, /  To untie every knot, / To take the time to dream, / To come back to still water.

I am not much for resolutions because I have yet to see a resolution through to the end. But, then again… the world is too much with us. I resolve to (I love her “now or not”) to back off… back down… take a deep breath.

I have lived 100 lives. I write essays, short stories, poetry, grocery lists and notes to myself. If I am ever lost, look for a paper trail, but be careful not to trip over any books that lie scattered here and there. I am a reader. I am a reader in awe of writers. When I don't live in Westcliffe, Colorado, I live in London where I am a long-time member of Word-for-Word - Crouch End.
View all posts by timeout2 →
This entry was posted in Uncategorized and tagged "Feudin and Fightin", fiscal cliff, George Jones, May Sarton, NPR Weekend, President Obama, Real Clear Politics, The OK Corral, Tombstone, Writer's Almanac. Bookmark the permalink.