I emailed Santa; he didn’t write back. I tried phoning; I got a busy signal. I left a message; nada. I was hoping that he would fill me with child-like wonder. But I have had no reply. Apparently, I’ve been more naughty than nice. 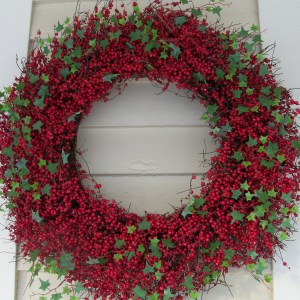 I’m having a hard time kick-starting that Christmas spirit. The World-at-large is too much with me and I’m feeling bleak.

Usually, listening to the Custer County Community Chorale (Catholics, Seventh Day Adventists, Baptists and agnostics all singing from the same songbook)  sweeps me  up in a warm fuzzy feeling of community unity devoid of factious elements. Usually, the musicianship and new interpretations of seasonal favorites lifts my spirits. Usually, hearing the innocent voices of the children’s choir, voices devoid of politics and hidden agendas, gives me hope. Perhaps the next generation will do better than we seem to be doing.

As a last resort, I re-read the “Yes, Virginia” letter of 1897. Virginia, an eight-year-old child who believed in Santa, was teased by her playmates who did not believe. Virginia’s father suggested that she write to The Sun, a newspaper that told only the truth. Francis P. Church, one of the editorial writers, responded. His entire letter is priceless, but I will quote only a portion:

Alas! How dreary would be the world if there were no Santa Claus. It would be as dreary as if there were no VIRGINIAS. There would be no childlike faith then, no poetry, no romance, to make tolerable this existence. We should have no enjoyment except in sense and sight. The eternal light with which childhood fills the world would be extinguished.

As for me, all is not lost. My husband and I are off to Long Island where I will have the pleasure of grandchildren who are untainted by disbelief and world events. We will walk the dog, run on the beach, and fly kites. We will read to each other, and the children’s voices will lift me up.

Adopt a child for Christmas. It will make all the difference.

I have lived 100 lives. I write essays, short stories, poetry, grocery lists and notes to myself. If I am ever lost, look for a paper trail, but be careful not to trip over any books that lie scattered here and there. I am a reader. I am a reader in awe of writers. When I don't live in Westcliffe, Colorado, I live in London where I am a long-time member of Word-for-Word - Crouch End.
View all posts by timeout2 →
This entry was posted in Uncategorized and tagged " The Sun, "Yes, Christmas spirit, Custer County Community Chorale, Francis P. Church, Virginia. Bookmark the permalink.