December doesn’t work for me. The shorter, colder days and the longer, darker nights put me in a mood to hibernate. You can find me in my jammies as late as noon. I eat a lot. And then I eat some more. And then I hate my lack of self discipline. Depressed, I eat a bowl of ice cream. It is a vicious circle that spirals down.

Only the Winter Solstice breaks my descent into the whirlpool. With the coming of longer, brighter days, I can swim to the surface and make an effort to get on with life. 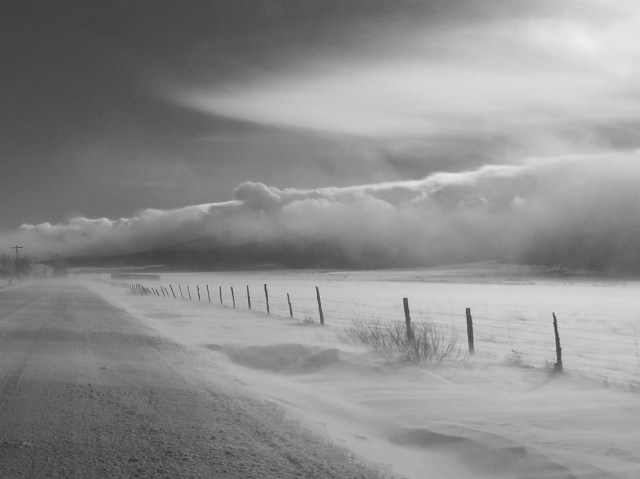 A tsunami of snow off The Sangres threatens to sweep me away.

Thinking back over the month, I tried to pinpoint the issues that brought  me low. Certainly listening to national and international news is a downer. But in addition, I’ve been binging on Scandal, a brilliant ABC series from Shonda Rhimes who also brought you Grey’s Anatomy. Yes, I’ve been depressed, and who wouldn’t be? You cannot listen to the real news and then watch three or four, back-to-back episodes of fictionalized stories based on politics in our nation’s capitol to not become jaded past redemption.

But a New Year dawns. The days will lengthen. I will pull up my big-girl socks.  I will get on with living. First, a resolution or two: I will limit my news on NPR to the length of one pot of coffee. I will only watch one episode of Scandal a day. If I miss going to the gym, I will walk park-to-park that day.

What I need is a Tickker, “the happiness watch.”  Only $59.95! A bargain! If you go to the site at mytickker.com, you’ll read “Time melts… enjoy it before it’s gone.” I love that! Based on an estimate of your life expectancy, the watch will count down, “a constant reminder that life is truly short and we should take advantage of the time we have on this planet.”

Oliver Sacks, an English neurologist and professor at the NYU School of Medicine died on August 30, 2015. In addition to practicing and teaching, he wrote popular non-fiction to include “The Man Who Mistook His Wife for a Hat.”

Sacks was treated for ocular cancer in 2006. Years later in January of this year, he announced that metastases from the ocular tumor had honed in on his liver and brain. The following month he wrote a NYT’s op-ed piece in which he said, “to live the richest, deepest, most productive way I can… to deepen my friendships, to say farewell to those I love, to write more, to travel if I have the strength, to achieve new levels of understanding and insight.”

Although Sacks had grown up in an Orthodox neighborhood, he left orthodoxy behind in his adulthood. Given a death sentence, Sacks returned to his North London home and again was exposed to Orthodox practice. And there he saw the greater good of keeping the Sabbath which he spelled out in his essay, “Sabbath.” 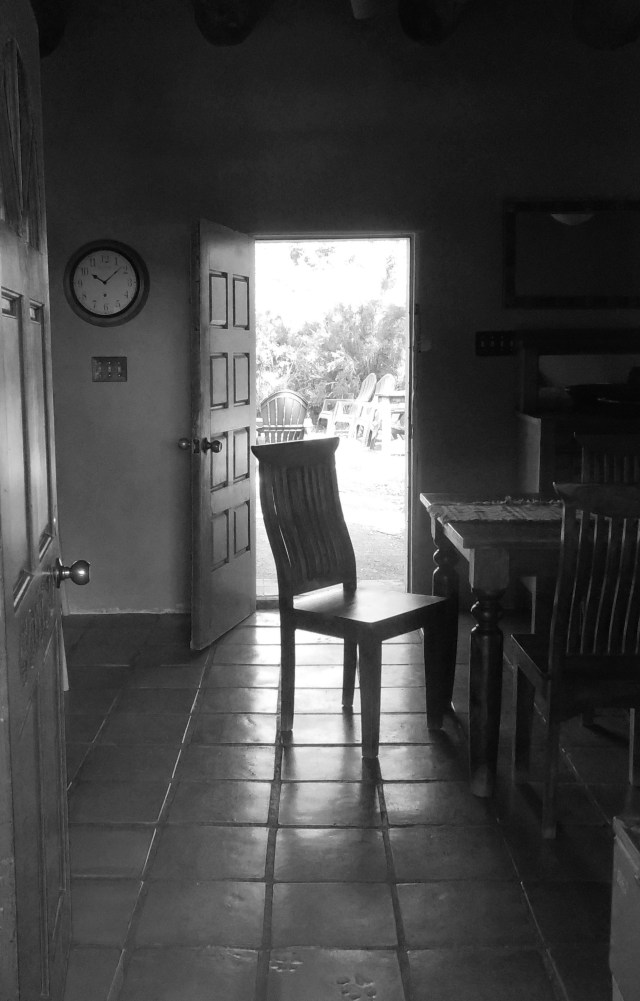 Time for reflection and walking towards the light

“And now, weak, short of breath, my once firm muscles melted away by cancer, I find my thoughts increasingly, not on the supernatural or spiritual, but on what is meant by living a good and worthwhile life – achieving a sense of peace within oneself. I find my thoughts drifting to the Sabbath, the day of rest, the seventh day of the week, and perhaps the seventh day of one’s life as well, when one can feel that one’s work is done, and one may, in good conscience, rest.” 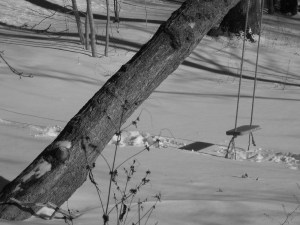 Time Out “Achieving a sense of peace.”

I’ve been quite taken with Oliver Sack’s thinking. So much so that my husband Mark and I will start observing a Sabbath on Saturday, January 2.

Bombarded with distractions, we will take a step back to a more reflective lifestyle by practicing a day without TV, Internet, and phone. Emergency calls can be made to our cell phone, a number that only family members have. We will also give up cooking and driving. Our Sabbath will not have a religious dimension, but our observance will give us time to focus and reflect.

I’ll let you know. Hopefully, we will do better observing the Sabbath than we do with our more typical New Year’s Resolutions.

I have lived 100 lives. I write essays, short stories, poetry, grocery lists and notes to myself. If I am ever lost, look for a paper trail, but be careful not to trip over any books that lie scattered here and there. I am a reader. I am a reader in awe of writers. When I don't live in Westcliffe, Colorado, I live in London where I am a long-time member of Word-for-Word - Crouch End.
View all posts by timeout2 →
This entry was posted in Uncategorized and tagged NYU School of Medicine, scandal, Shonda Rhimes, The man Who Mistook His Wife for a Hat, the New York Times, Tickker, winter solstice. Bookmark the permalink.

12 Responses to The Road Less Travelled