Logo for McDonald Observatory and its Dark Skies

I’m thrilled when I come across an Independent bookstore, so finding Front Street Books in Alpine Texas was a joyful moment. The front window drew me in. I can’t resist a cowboy, but seeing a golden cowboy… chair tipped back… reading a book… with his feet up, I was smitten. 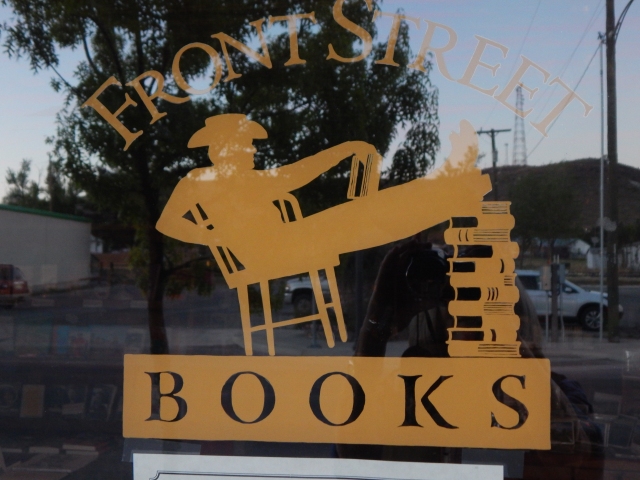 But one window was not enough. There were other windows sucking me into the store. One in particular, grabbed me by the hand and warmed my heart. Every line spoke to me: “Cross-Roads of Civilization,” and below, “From this place Words may fly abroad NOT to perish as digital waves but fixed in time, NOT corrupted by the hurrying hand, but certified in proof.” And then at the bottom of the poster: “Friend, You Stand on Sacred Ground.”

Not to say that I haven’t read a book on a hand-held device, but there is something about holding a book in my hand. I can dog-ear my favorite pages; I can underline or check or star my favorite passages; I can read the book again and again. And I can pass it on to a friend. 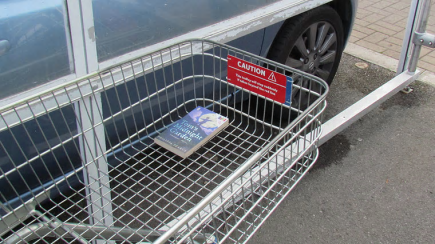 Autumnal Book Swap. Not that you are limited to swapping books only in autumn, but the newspaper’s promotion brings the practice to mind. I love the practice of leaving a favorite book (sometimes with a brief note within the pages) on a park bench, a coffee shop, the Tube… anyplace unexpected. Leaving a favorite book to be found and maybe treasured by a stranger is sort of like a literary message in a bottle. The thrill of finding a book left just for you is like taking damp clothes out of the washing machine and finding an unexpected twenty dollar bill stuck to the drum.

While we were based in Alpine, my sister passed on a wonderful book, The Unlikely Pilgrimage of Harold Fry by Rachel Joyce. Published in 2012 by an author famous for her afternoon plays on Radio 4, the book follows Harold, a mild-mannered man in his late 60s who feels that he has failed his wife, his son, and also failed in his career. He receives a brief note from an old acquaintance who is terminally ill thanking him from his past kindness. Moved by her note, he decides to walk 627 miles from Cornwall in the south to the Scottish border. Touched by her note, he begs her to “hang on” until he can reach her bedside. He wants to thank her. It is a transformative trip.

My sister loved the book, and she thought that having walked The Camino two years ago, I would be struck by the notion of a pilgrimage. And indeed I was. But adding to the story’s beauty was the fact that before my sister read the book, an earlier reader noted his favorite phrases in the margins. To read a book and to be struck by the notes made by a kindred spirit is a rare treat. Inside the front cover of the paperback is a return sticker. Tomorrow I will write to Leonard Zucker in Springfield, NJ. I want to reach out and tell him how moved I was by his notations. 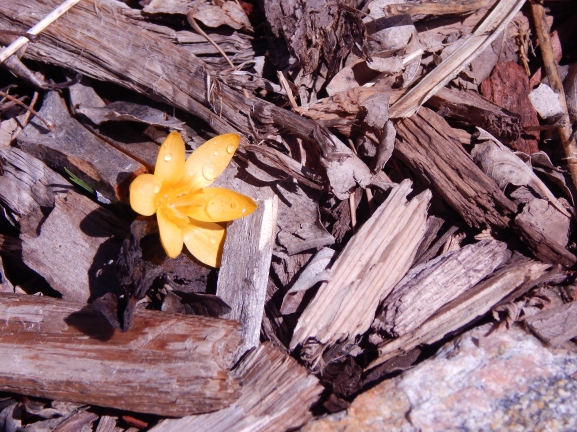 One seriously brave bloom in Westcliffe

Simultaneously, again in Alpine Texas, where we rented a vacation home, I found a DVD of Fahrenheit 451. The book was written by Ray Bradbury in 1953 but filmed by Francois Truffaut in 1966. Although the movie was seriously panned by the New York Times‘ critic Bosley Crowther (who wrote “what a pretentious and pedantic production!”) I quite liked the movie starring Oskar Werner as the “fireman” whose job was to burn books and Julie Christie who played dual roles: Werner’s shallow Stepford-like wife and also the book-loving school teacher who leads Werner astray.

Yes, the movie was old and the color was odd and the futuristic setting was dated, but… My favorite scene was at the end of the movie. Werner has been seduced by his love of books, and he leaves the city for a commune of people who have memorized their favorite books in order to save them for posterity. Sweet. 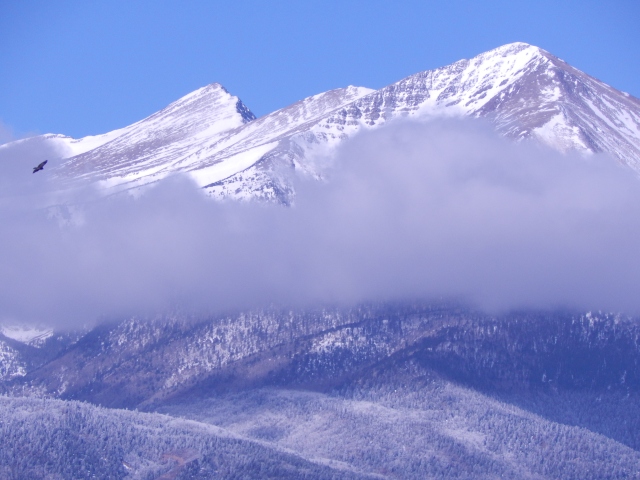 I have lived 100 lives. I write essays, short stories, poetry, grocery lists and notes to myself. If I am ever lost, look for a paper trail, but be careful not to trip over any books that lie scattered here and there. I am a reader. I am a reader in awe of writers. When I don't live in Westcliffe, Colorado, I live in London where I am a long-time member of Word-for-Word - Crouch End.
View all posts by timeout2 →
This entry was posted in Uncategorized and tagged " Westcliffe CO, Fahrenheit 451, Francis Truffaut, Rachel Joyce, Ray Bradbury, The Guardian, the New York Times, The Unlikely Pilgrimage of Harold Fry. Bookmark the permalink.